The global seaweed fertilizer market was valued at USD 9.6 million in 2017 and is expected to grow at a CAGR of 7.5% from 2017 to 2025. Rising Importance of organic fertilizer as a result of the increasing awareness towards hazardous issues associated with synthetically derived agrochemicals is projected to remain a key driving force for the market in the coming years.

Over the past few years, consumers have become concerned about the negative impact of the chemical fertilizer on their health and the environment. Increasing health and environment concern coupled with the demand of organic food, especially in developed countries such as the U.S., Germany, and U.K. is expected to propel market growth in the coming years.

The government of many countries have enacted regulations on the usage of synthetic fertilizer on account of their negative impacts on the environment and human health. The trend is anticipated to fuel the demand for seaweed fertilizer as an alternative for their chemical counterparts in the future.

In 2017, powder form seaweed fertilizers dominated the global market with more than 50.0% revenue share. Dry fertilizers are added to the ground to improve soil quality as they provides nutrition for a longer span when used before planting. They have a longer shelf life than their liquid counterpart and are easier to store. Also, the powder form improves soil composition and helps in better nutrition absorption. 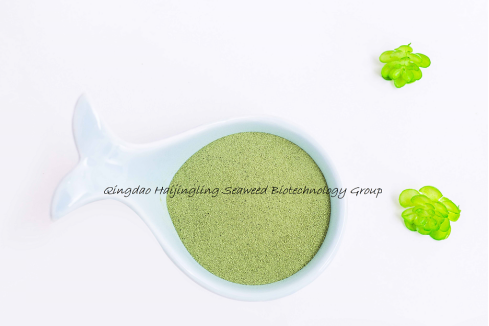 Liquid seaweed fertilizers usually comes in a concentrated form and need to be diluted before use. It is relatively expensive compared to powder seaweed fertilizer and therefore has low market penetration. It is used during plantation or mid-season deficiencies either on soil or on leaves directly.

The green micro-particles researched Haijingling, with high alginic acid to 40%, has been highly recognized by market and is appraised as high-end and cutting-edge seaweed extract.

Farm applications dominated the global market with a revenue share of more than 80.0% in 2017. The rising demand for organic food and farming has stimulated the use of organic treatments including seaweed fertilizers in farming. Over the coming years, the demand is expected to strengthen further as it has varied application areas ranging from fruits, vegetables, to crops and its usage results in higher yield, making it an effective alternative to synthetic fertilizers.

Over the last decade, the growing awareness towards organic food has increased the importance of seaweed fertilizer not only in farms but also in the gardens. Seaweed fertilizer is preferred by gardeners as it contains necessary minerals for plant growth and costs less compared to other organic fertilizers. It also prevents the growth of fungus and is effective against slugs and birds.

In 2017, Europe held the largest volume share accounting for around 30.0% of the market. Implementation of new regulations and ban on hazardous chemical fertilizers has benefited the demand in Europe. In December 2015, under the Circular Economy Package, the European Commission in order to boost the market for organic fertilizers proposed to ease the access to organic and waste-based fertilizers.

Circular Economy Package has widened the scope of all kinds of organic fertilizers including seaweed extracted fertilizers in the region. Germany, Spain, France, the U.K., Belgium, Denmark, and the Netherlands are among the key demand generators. Among these countries, Germany, the Netherland and Denmark are also the major suppliers of seaweeds.

Asia Pacific is projected to be the fastest growing market over the coming years. The region is expected to grow at a CAGR of 11.0% in terms of revenue from the period of 2017 to 2025. The growing demand for organic food in countries such as China and India is expected to present a favorable demand in the near future.

The market is highly competitive with increasing usage of seaweed in a host of applications including fertilizers. Over the coming years, the competition is expected to strengthen further with the increasing demand from the agriculture sector. Companies are expected to explore growth possibilities in key growth countries in the Asia Pacific region where it has relatively low penetration. Some of the key players in the seaweed fertilizer market include Dr. Earth, Kelpak, FoxFarm, Espoma, Grow More, Hydrofarm, Maxicrop, MAXSEA, and Technaflora Plant Products.

An Insight into China and Glance at Haijingling

Benefiting from it’s fast-growing society demand and increasing government propelling, China is becoming one of the largest market region of seaweed fertilizer. Besides, Shandong province, a peninsula locates at northeast of China with over 3000 kilometers coastline, owns vast seaweed farming area and produces 60% alginate of the whole world. 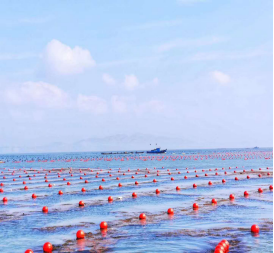 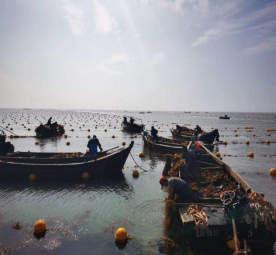 Also, in Shandong province most and main seaweed fertilizer manufacturers locates there mainly in the coastal city of Qingdao, an Olympic sailing games host city in 2008, and expected to gain the worldwide ocean center city in future.

Previous: Everything you need to know about Liquid Seaweed Fertilizer
Next: Ascophyllum Notosum is the best raw material for seaweed fertilizers